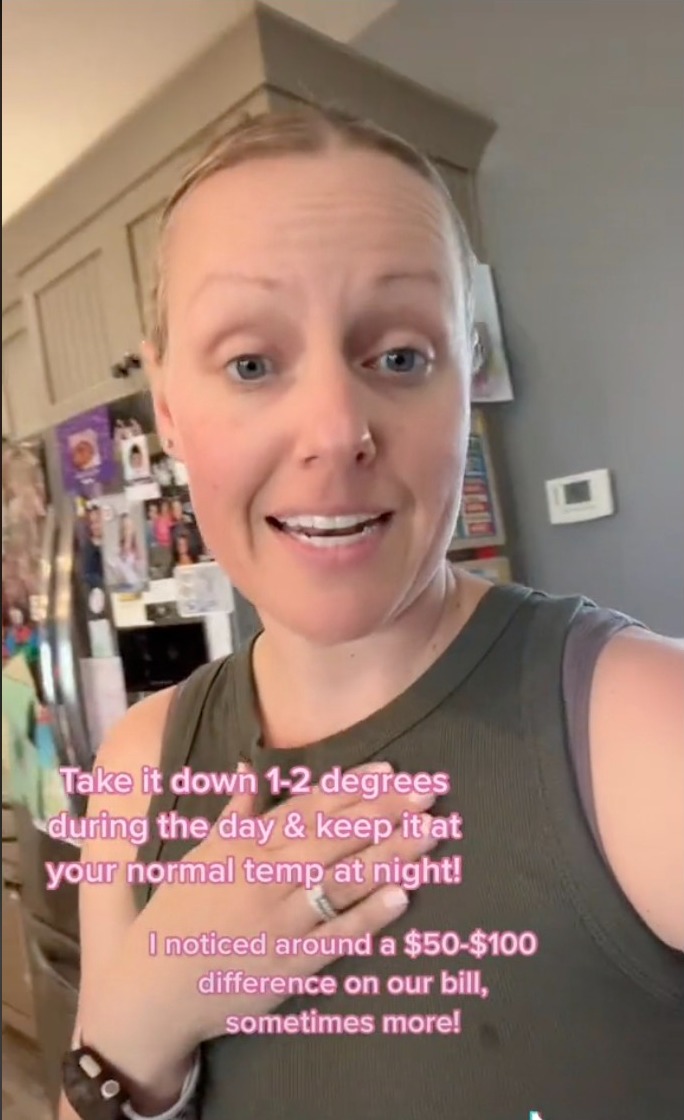 As the prices for fuel rise, electric rates have also increased making it even more expensive to cool your home.

Running the AC and ceiling fans constantly will definitely run up your bill, especially if you have your AC set to a lower temperature.

While she admits she’s not an energy expert, Candice from @Small.Town.Swag on TikTok said she has been saving up to $100 a month using a trick she learned.

In one of her videos, Candice shared what she does to save money on heating and cooling her home year-round.

Try taking your thermostat up one to two degrees during the day, and turn it to what you usually have it at night only. 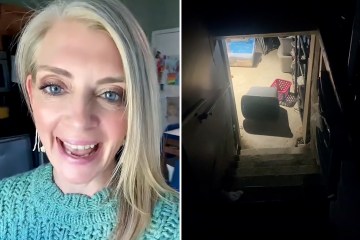 Candice said she usually keeps her house at around 72 degrees, so during the day, she turns it up to 73.

“When I keep it at 72, I noticed that sometimes during the day when it’s the hottest of hot my thermostat sometimes has a hard time keeping up,” she says.

She’s noticed a difference of anywhere from $50 to $100 on her electric bills when she does this “religiously,” she says.

Sandra Diggs-Miller, Vice President of Customer Service for Entergy New Orleans, told Fox8 that during the summer the cost of cooling systems can add up to over half of your utility bill.

She recommends people set their AC to 78 degrees to save money.

It sounds high, but every degree below 78 can raise your bill by as much as 3%.

Households that set their thermostats to 72 degrees have unknowingly increased their bill by 18% in a single month.

More ways to save

An easy way to cut back on your electric bill is to unplug “vampire appliances”.

These are electronics that continue to use power even when they’re powered down.

For example, a TV alone only costs about $10 annually in “vampire fees”, but everything it’s connected to can add weight to your bill.

If you have a cable box, you’re likely losing another $10 while the TV is turned off, and the same goes for audio systems you may have linked to your TV.

The worst offender is the DVR, which can drain up to $30 worth of electricity each year.

All told, you could reduce your bill by $20 to $70 by unplugging and not just clicking off your entertainment systems.

With so many wires involved, you might want to consider getting a surge protector to manage and eliminate multiple loads at once by flipping one switch.

The same goes for chargers which are commonly plugged into one outlet and never moved.

None of these will amount to more than a handful of dollars over a year, but you could be sentencing your wallet to death by a thousand cuts.

If you’re living alone and generally only charge your phone overnight, the savings on your bill will be so minimal that it may not be worthwhile to unplug your charger when it’s not in use.

But if you have multiple devices on the hook or live with others, the costs can stack quickly while the effort it takes to pull some plugs is minimal.

Depending on how many chargers you usually have plugged in at once, you can save upwards of $20 annually by yanking a few when they’re not in use.

Cut down your utility bill even more by checking to see if you qualify for Verizon’s free internet service initiative.

Plus, here are the best energy-saving smart home devices to keep your utility bills down.