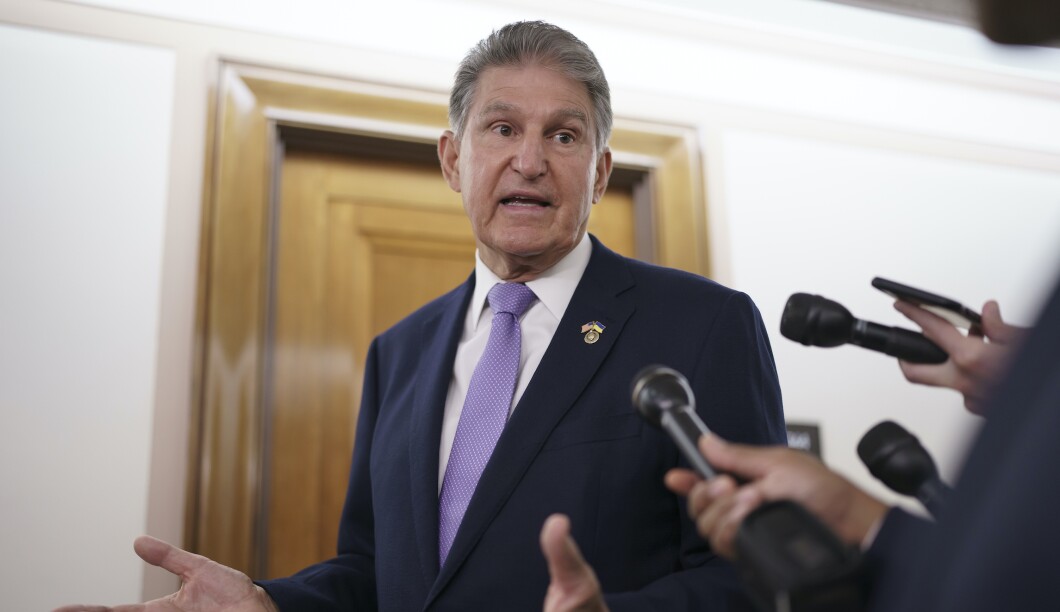 Sen. Joe Manchin (D-WV) said he has reached a deal with Democratic leadership to pass legislation imposing a 15% corporate minimum tax, which has been a major goal of the Biden administration.

Manchin announced Wednesday that he had an agreement with Senate Majority Leader Chuck Schumer (D-NY) to pass what he called the Inflation Reduction Act of 2022 — a replacement for President Joe Biden’s ambitious, and expensive, $2.4 trillion spending bill, known as Build Back Better, that would include tax changes to help fund new spending on healthcare and climate measures.

Most notably, the legislative proposal would levy a 15% minimum tax on the book income of companies.

The United States currently has a 21% corporate tax rate, which it assesses based on companies’ tax returns. The new proposal would assess a minimum 15% tax on the adjusted financial statement income of corporations — book income, something that Democrats estimate will raise $313 billion in new tax revenue.

“Tax fairness is vital to our nation’s economic future,” Manchin said. “It is wrong that some of America’s largest companies pay nothing in taxes while freely enjoying the benefits of our nation’s military security, infrastructure, and rule of law.

“It is common sense that a domestic corporate minimum tax of 15% be applied only to billion-dollar companies or larger, ensuring that America’s largest businesses are no longer able to operate for free in our economy,” he added.

Also included in the agreement was a plan to bolster IRS tax enforcement, which the Congressional Budget Office projects will net $124 billion in increased revenue, and closing the so-called carried interest loophole benefiting private equity firms, which is expected to add $14 billion to the haul.

Notably absent from the Senate agreement are changes to the $10,000 cap on deductions for state and local taxes implemented by the 2017 GOP tax overhaul. Many Democratic representatives of high-tax states have pushed for raising the cap, but doing so is disliked by more liberal lawmakers because allowing more deductions would mainly benefit the wealthy.

CLICK HERE TO READ MORE FROM THE WASHINGTON EXAMINER

Some Democratic lawmakers vowed not to vote for the now-dead Build Back Better plan without changes to SALT, and with a wire-thin majority in the House, Democratic leadership can’t afford to lose votes.

“Our tax code should not favor red state or blue state elites with loopholes like SALT and should focus more on closing unfair loopholes like carried interest,” Manchin said on Wednesday. “Through the enforcement of a fair tax code, we can use the revenue to cut the deficit and lower the cost of healthcare for working families and small businesses.”