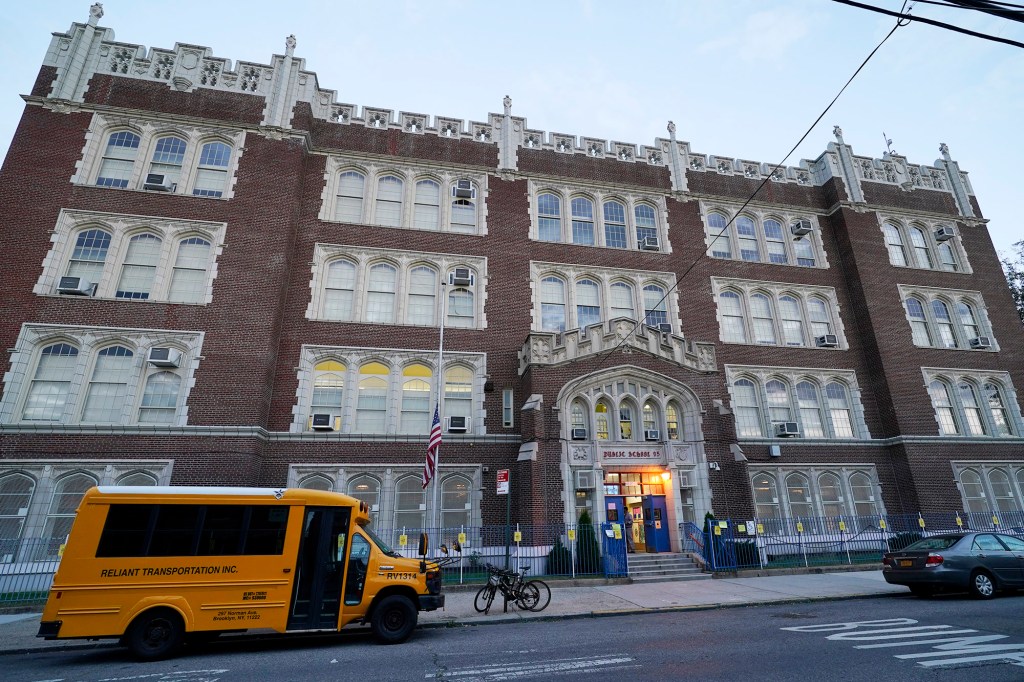 A letter signed by 41 out of 51 council members — and sent to Adams and Schools Chancellor David Banks on Tuesday — also accused the Department of Education of dodging the blame for the controversial cuts.

“DOE’s numbers are not adding up, and it seems to be using the city budget as a smokescreen to evade responsibility for its policies that undermine support for schools,” wrote the council members.

Most of the lawmakers who signed the missive voted to approve the reductions last month as part of the 2023 budget deal, throwing away their power to fight the cuts. But the council members claim the Adams administration wasn’t upfront about the extent of the cuts to local schools during negotiations.

The letter marked the latest in a fraught back-and-forth over the reductions. During a town hall on public safety Monday night, protesters confronted Adams about the cuts, and he responded by calling them “clowns” for turning the event into a “circus.”

“The DOE needs to immediately restore school budgets to ensure that no programming gets cuts and no teachers get excessed,” or let go from their schools due to fewer students, Joseph told The Post.

“Right now, principals are making critical decisions about their budgets, so time is of the essence. Our message is simple: the DOE can’t shortchange our students, educators and parents,” she said.

The city announced in February that it would phase in tying school budgets to enrollment, a policy that had been in place before the pandemic. School budgets were kept whole using federal stimulus dollars, even as enrollment dwindled by more than 83,000 preK-12 DOE students.

“It’s hypocritical to do this after the council agreed to the budget, considering the council had numerous months to examine the formula and held more than one public hearing on it,” an anonymous council member told The Post.

The letter notes that the Independent Budget Office, a watchdog agency, has identified millions more in unspent federal funds that should be used to fill in the budget gaps.

Keep up with today’s most important news

Stay up on the very latest with Evening Update.

“We are demanding that DOE restore school budgets now before teachers must make final decisions on placements and are permanently separated from their schools,” it states.

School administrators do most of their hiring over the summer months, so that schools are staffed in time for the fall. City teachers whose positions were axed as a result of the cuts have been scrambling to find jobs at other schools.

“Principals, schools, and teachers must make important decisions within the next month, and your continued inaction is hampering their ability to make the right choices for students.”

DOE officials have stood by the individual school budgets, though Banks has committed to rethinking the controversial funding formula.

“But if they didn’t, I certainly don’t sit as a person that you can say, ‘We want to blame the chancellor’ — because all the questions that should have been asked were not asked.”

The council’s minority delegation agreed that the legislative body, DOE and mayor’s office should discuss the school funding formula that makes up most of a program’s allocation. They also called for more transparency on the data the DOE used to calculate the budgets and what federal funds could supplement them.

But the Republican members said in a statement that “any good faith negotiations” must start with the United Federation of Teachers “acknowledging its role in helping to create the enrollment and staffing crisis at DOE that got us here.”

“We suggest they work collaboratively with the Council and the Mayor’s Office to rectify it, rather than playing a cynical shell game to try to drum up panic in our communities,” they said of the city’s teachers union.